Så här inleder Dr Marry enkäten: ”My name is Dr Louise Marry. I have been a practicing Osteopath for 15 years. I have become increasingly interested in thyroid diseases, which has prompted me to do this research, to gain a better understanding of it. I was also diagnosed with Hashimotos disease 14 years ago.”

Och så här skriver hennes assistent då Hypotyreosföreningen bad om lite mer information: ”Dr Marry was 26 when she started to feel like death warmed up so to speak. From that day forward she had such a big struggle and battle with the doctors try and figure out what was wrong with her. No one wanted to listen to how she was feeling as her tsh results were coming back normal. However no one tested for the t3 and t4. Louise had many years of suffering before she was diagnosed with Hashimotos disease. Louise has been her own advocate along this whole journey and today she is feeling great thanks to her own research and know; edge in to the thyroid and its many diseases.

Dr Marry wants to eventually publish a book with her findings and her knowledge which has come from both her own experience in having Hashimotos and the patients she has treated as a doctor in Osteopathy. With this survey she wants to see how people around the world with the disease are feeling and what is being considered by doctors and/or specialists. You mentioned the word specialist and its different meanings. In the survey people have talked both about their endocrinologists and other specialists such as naturopaths etc.

We have over 1400 surveys so far from: Australia, Ireland, UK, Canada, USA, Finland, Norway, Denmark and Holland. We want to try and gather information from as many different countries as possible so see if there is a difference in trends in treatment and perceptions of thyroid diseases.

We are both so happy with the amazing response we have received to the survey and it has strengthened Louise’s belief that there are so many people out there that want further help and support in understanding the thyroid and its many issues.

If you are able to share the survey with people in Sweden we would be really grateful.” 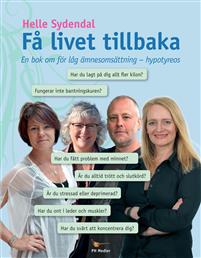 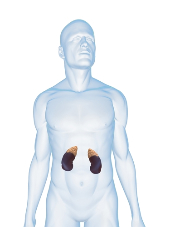